A Criminal Attorney Is Vital to the Accused 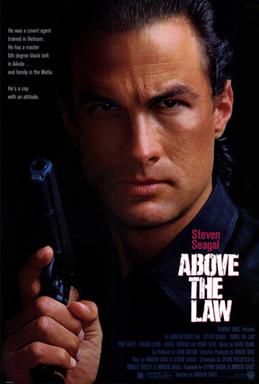 Although some people don’t have much sympathy for those who have been charged with crimes, they are still entitled to legal representation and a fair trial. Not only is this important because it is their right, but there are also times when someone is accused of something that they did not do. During times like these, a competent criminal attorney is extremely necessary.

There are many different instances where someone could be falsely accused. For instance, they could be involved in a case of mistaken identity. This is something that is common in rape cases. Although there are some people who purposely accuse someone of raping them just to be cruel, this is not the main reason that mistaken identity takes place. Rather, the bigger reason that these types of occurrences are so prevalent is because some victims actually go into shock and panic during the attack, so they are not paying much attention to the face of the perpetrator. Thus, when it’s time for them to identify their attacker at the police station, they aren’t 100 percent sure who actually victimized them. As a result, they may make a mistake and accuse the wrong person.

Now, the accused have to try to fight an accusation for a situation that they truly had nothing to do with. Although they are completely innocent, they still need to be able to prove this to a jury. Some people may think this should be an easy task if they didn’t commit the crime; however, this is not always the case. Because the legal system can be somewhat complex, it is very possible for the guilty to walk free and the innocent to be convicted. That is why a highly skilled criminal attorney is so vital. Without their help, those charged with a crime could end up serving jail time for something they did not do. Even worse, they could wrongly be put on death row.

Another instance where someone could be falsely accused is during a murder case. There have been several documented cases where people have been executed for a murder they did not commit. Some people, on the other hand, have spent decades in jail, only to be exonerated years later due to a DNA test. Although this is good news, these people would have had a better chance of being cleared much earlier if they’d had the right criminal attorney representing them in the first place.

A criminal attorney is not just helpful to people who have been accused of something they didn’t do, however. They are also valuable to those who have actually committed crimes. Due to their thorough understanding of the legal system, they can help to ensure that their client gets a fair trial as well as a fair sentence or punishment.