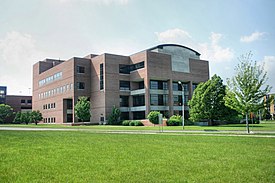 Being arrested is not a pleasant experience. However, stuff happens and if you are arrested and charged with a crime whether it be a DUI, shoplifting, domestic violence etc… will need to know what to do and how to act during and after the arrest to keep your rights intact and protected.

Question: What happens if I run or resist arrest?

Answer: You could receive more severe penalties if you run from the police or resist an arrest, which could result in you causing harm to one or more of the police officers. A slight misdemeanor such as shoplifting could snowball into a felony if you try to escape or hit an officer. The best thing to do is to calmly allow yourself to be taken into police custody and politely but assertively request the presence of a legal professional before anything else.

Question: Should I answer questions?

Answer: The Miranda rights that are read every time a suspect is arrested include the suspects right to keep silent. This means that you are not obliged to speak up if you do not want to. And keeping quiet is also in your best interests, since anything that comes from you can and will be used by the police to incriminate you. A judge gives more importance to anything that will prove a suspects guilt rather than his innocence, so it is better to not say anything that can give the police probable cause to believe you are guilty of the alleged charge.

Question: Can I convince the police of my innocence?

See also  After the Crash: What to Do After a Car Accident That's Not Your Fault

Answer: Technically, yes, you can convince the police that you are innocent with sheer logic and persuading skills. Practically, however, there’s nothing much you can do but leave the defending to your lawyer. A police officer does not need to know whether you are guilty or innocent, he only has to have probable cause to believe that you should be arrested for him to arrest you. It is the judge or the jury that you should aim your convincing powers to.

Question: When should I give permission for the police to search my car or house?

Answer: Never. The police only have the right to search your house, your car, or any of your properties if they hold a search warrant issued by a judge permitting them to search your home. If they cannot show a warrant and they ask your permission, it means they don’t have the right to search – and they know it. In some cases, such as when there are several armed police officers in front of your house, you may be forced to let them search. If this happens, you should loudly and clearly state that you do NOT give them permission. Any evidence against you found during this unauthorized search will be dismissed.

Question: What if I’m arrested outside my house?

Answer: Immediately follow the arresting officer to the station after the arrest and politely turn down any offers allowing you to go to your house, talk to your spouse, get dressed, or anything else that requires you to go to your house. Of course, the police will escort you and will take advantage of any situation where they can get inside your house and search for evidence against you.

Question: When they tell me, “Things will go easier if I talk” is it true?

Answer: Things will go easier, yes, for the police, but not for you. If you talk, it will be easier for them to collect an admission or infer an admission from your statements. Unfortunately, the law does not prohibit police officers from telling a lie to try to get the truth out of you. For instance, they may tell you that a companion has squealed on you so you might as well just start talking yourself. Any attempts aimed at having you start talking are all targeted towards making you admit to the crime.

Question: Will I spend the night in jail?

Answer: It depends upon the charges. If you are alleged to have committed, for instance, domestic violence, you will have to spend the night under police custody until a judge decides whether or not you can post a bond and how much it is going to be. The hearing is usually held the morning after the arrest. In several cases, the booking officer can set the amount, which you or a family member can pay directly to the officer. With crimes of violence, drug offenses with a penalty of more than 10 years of imprisonment, repeat offenders, or a crime with a maximum sentence of life imprisonment or death penalty, bonds are inapplicable.

Question: When should I hire a lawyer?

Answer: It is imperative that you have an excellent criminal defense lawyer to represent you. Right after you have been taken into police custody, you should ask to have your lawyer by your side immediately. The services of a lawyer are needed all throughout the entire process, even at the beginning of the arrest. He or she can protect you from implicating yourself in the crime during the questioning procedures and can argue for a lower bond or convince the judge to order your release on your own recognizance. Even before the trial begins, your lawyer can negotiate with the prosecutors to reduce the charges or even dismiss them altogether.

See also  What Does a Criminal Attorney Cost?
September 2, 2022 by lexutor General Article