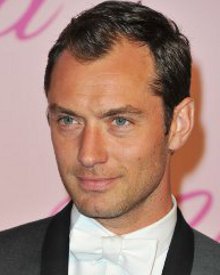 Advance-fee fraud schemes, also known as 419 frauds, are commonly found in the internet era. These schemes, which involve a desperate plea for some sort of advance or payment in return for a massive pay-off, are usually targeted to wide populations via mass mailing lists. Whether through email or regular mail, these scams have a history of tricking people, also known as marks, that goes back for centuries. Similar to the Spanish Prisoner scam, these fraud schemes have adapted to become widespread across the internet as a way to lure unsuspecting would-be investors into giving away their money.

Perhaps the most widely know iteration of this scam is known as a Nigerian scam. These notices are sent to a large number of people, claiming that sending a certain sum of money to a deposed prince or dying executive would return payments worth millions of dollars. In this way, the mark in the scam is supposed to trust that the go-between will deliver the money to the proper person to complete the transaction. In reality, there is no fortune to be shared, and the whole set-up robs these people of their money.

With the advent of the internet, several variants have developed. Some have included rental scams in which marks are expected to deposit money in an account as good faith that a down payment can be provided. After the money is deposited, the scammer disappears with that down payment money and leaves. In addition, some rental scams ask for personal information, which is followed by identity theft. As well as rental fraud, fake checks are common in internet fraud schemes.

Those charged with perpetrating these acts may suffer strict penalties including a prison sentence and heavy fines. To learn more about trickery and fraud, contact a criminal attorney.