What Types of Non-Violent Crimes Do Florida Criminal Attorneys Defend? 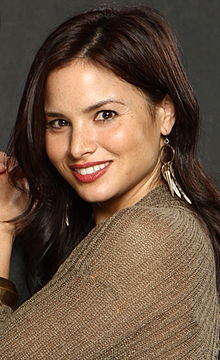 While most people think of criminal activities as being physically violent, there are many crimes in Florida that are not violent that carry penalties of jail time. They usually involve dishonesty, profit, narcotics or alcohol. A skilled Florida criminal defense lawyer is needed in these cases to look out for the accused person’s rights. Whether someone is guilty of a crime or not, they still need a lawyer to make sure that all procedures were properly followed in the criminal investigation and that they are not unfairly treated within the justice system. These are just a few of the crimes that people are charged with that often require the services of a criminal defense attorney in Florida.

BriberyThe act of bribery often helps people get something that they want that they otherwise cannot or should not have. Those accused of offering, accepting or even agreeing to a bribe can earn up to 15 years in a state prison. Fines for those convicted are capped at $10,000. The prosecutor does not have to prove that the exchange of payment took place; only that it was offered or accepted, depending on the charge.

TrespassingEntering someone’s property uninvited is considered trespassing. Another type of trespass is when someone has been asked to leave the premises and they refuse to do so. This crime is often added in with other charges and, depending on the circumstances, may be classified as a misdemeanor or a felony.

CounterfeitingWhile some people wish they had more money, actually printing it is illegal. Currency is the most common form of counterfeiting, although in recent years other items have increased in popularity. This includes ID cards, medical prescriptions and designer label purses. While the crimes are non-violent in nature, they often affect many victims and cost people a lot of money and time.

DrugsIllegal drugs are taken very seriously by the Florida court system. Whether someone is arrested for drug possession, possession with the intent to distribute or with manufacturing these substances, they face heavy penalties if convicted. Drug cases are sometimes difficult for the prosecution to prove. They are even more difficult to prove when a skilled Florida criminal attorney is able to have evidence excluded for improper handling by the police officers. The prosecutor may not be able to prove that just because the defendant was in the room with the drugs that they actually belonged to him or that he knew they were there.